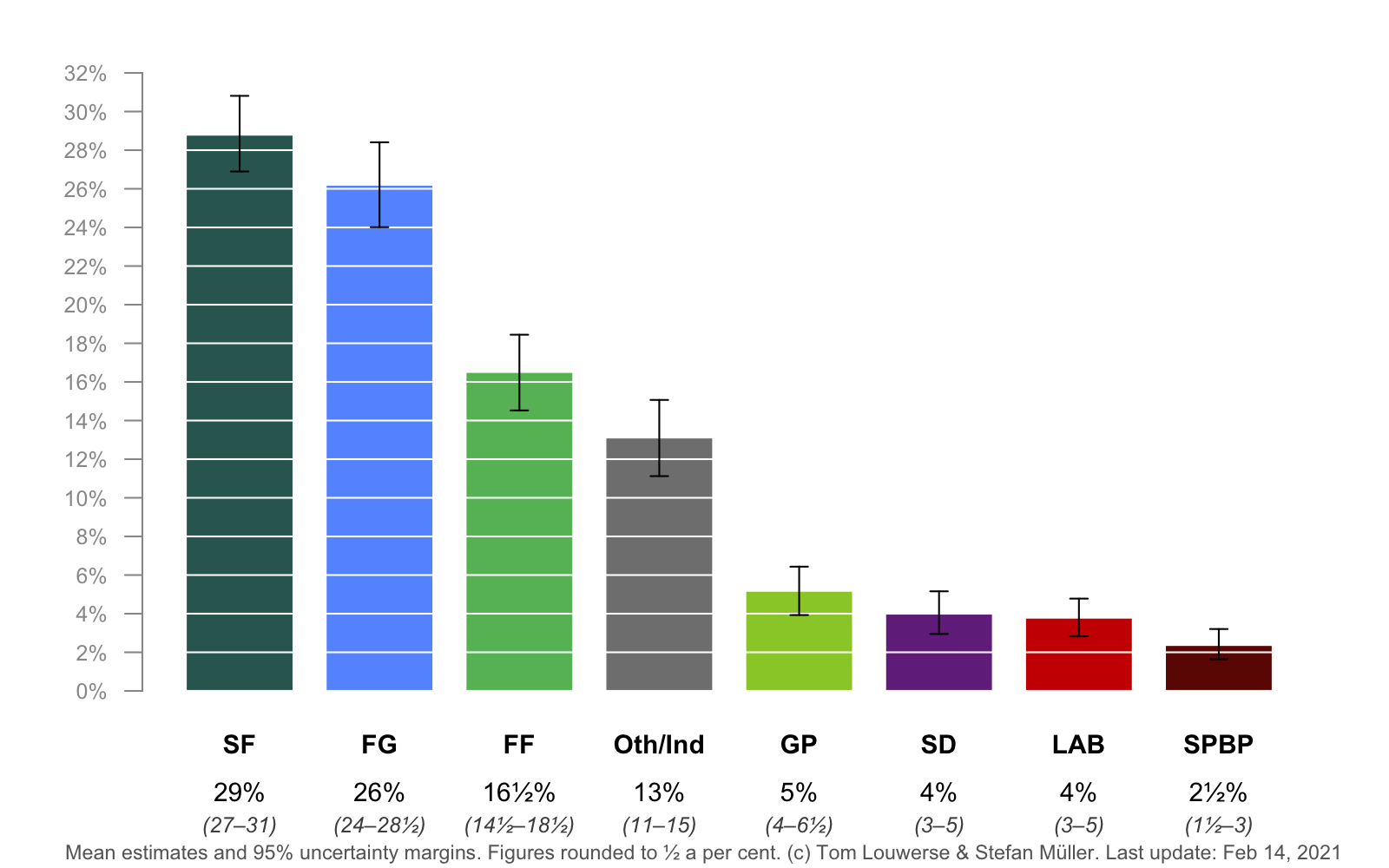 The last general election took place one year ago - before the first confirmed case of Covid-19 in Ireland. Support for Irish parties has changed quite substantively over the last 12 months.

After a boost in support for Fine Gael during the first lockdown and in the summer, the party struggled to maintain levels of support above 35 per cent. The latest release of the Polling Indicator ranks Fine Gael at 26 [27-31] per cent.

Fianna Fáil, the part of Taoiseach Micheál Martin, seems to have survived the worst, with some polls ranking the party at only 10 to 13 per cent. Currently, support for Fianna Fáil ranges between 14.5 and 18.5 per cent.

The Green Party still does not benefit electorally from being included in the government. The party stands at 5 per cent [4-6.5].

Sinn Féin’s support as the largest opposition party still shows remarkable stability. Current support for Sinn Féin ranges between 27 and 31 per cent, virtually the same estimates as in our last summary of developments in October 2020. Labour and the Social Democrats poll at 3-5 per cent, Solidarity-PBP stands at 1.5-3 per cent. Other parties and independents rank between 11 and 15 per cent.

We will update the Irish Polling Indicator with the release of every new poll. The graph with the most recent standings now reports the last update of the Polling Indicator. We will continue to summarise the latest developments once per quarter.