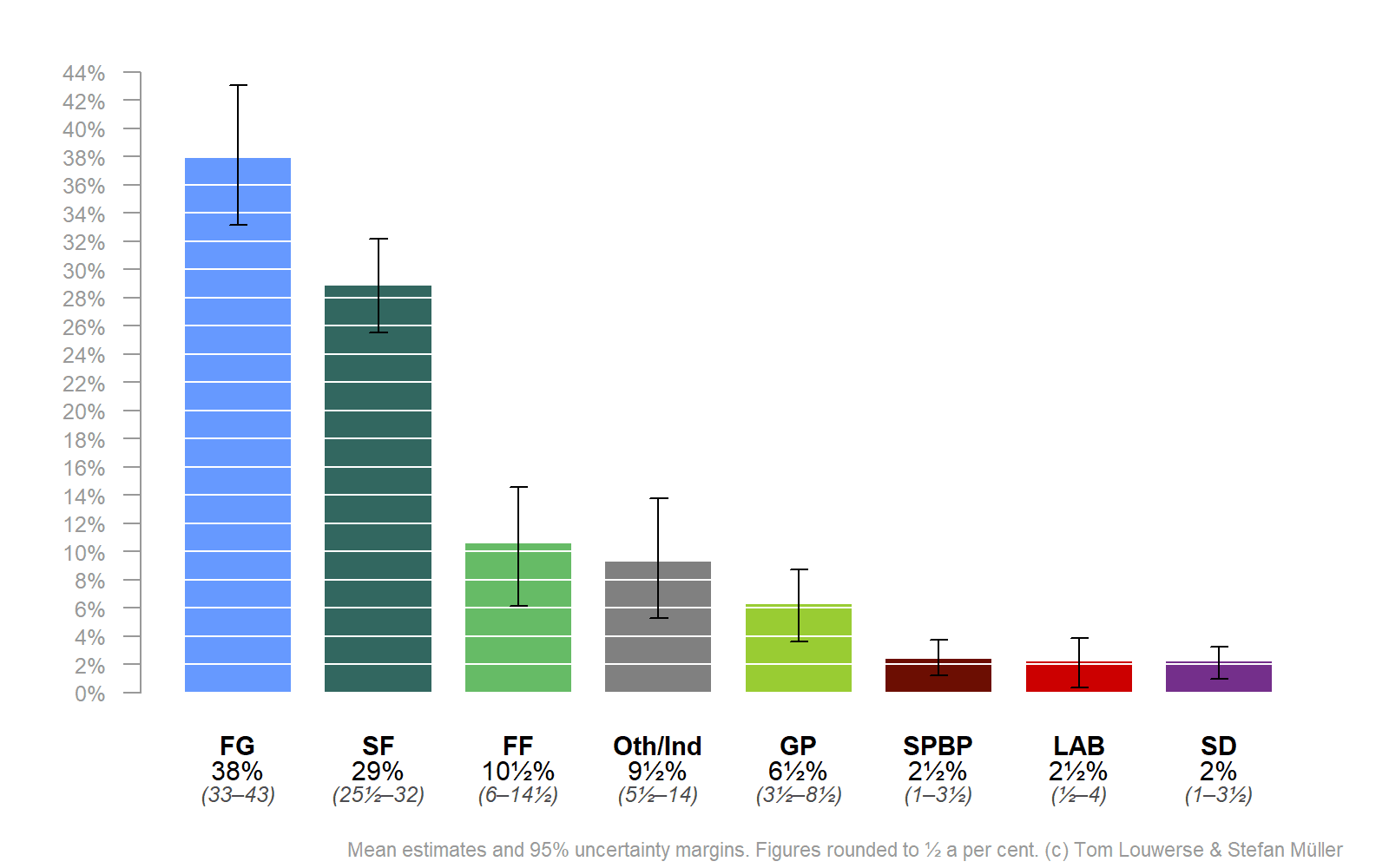 The Irish Polling Indicator is back! Polling institutes have released a sufficiently large number of surveys since the last General Election on 8 February to combine all polls into one estimate of public support for the parties.

For two reasons, the uncertainty margins are currently very wide for most parties. First, the Indicator currently considers only seven opinion polls published since election day. Second, the government formation process and the developments surrounding Covid-19 have resulted in large fluctuations over time, which are captured by these wider uncertainty margins.

Fine Gael (estimated support between 33 and 43 per cent) is by far the strongest party in Ireland at the moment. The party’s support increased drastically compared to the first-preference vote share of 20.9 per cent at the last election. Our aggregated results mirror the frequently reported decline in support for Fianna Fáil. Currently, the Polling Indicator ranks the party of Taoiseach Micheál Martin at 10.5 per cent, with uncertainty margins ranging between 6 and 14.5 per cent. The Greens as the smallest coalition party stand at 6.5 [3.5-8.5] per cent.

Turning to the opposition, Sinn Féin is the second strongest Irish party with an estimated support ranging between 25.5 and 32 per cent. Solidarity-PBP, Labour, and the Social Democrats are on around 2.5 per cent each. Other parties and Independents poll between 5.5 and 14 per cent.

We will update the Irish Polling Indicator with the release of every new poll. Stay tuned!