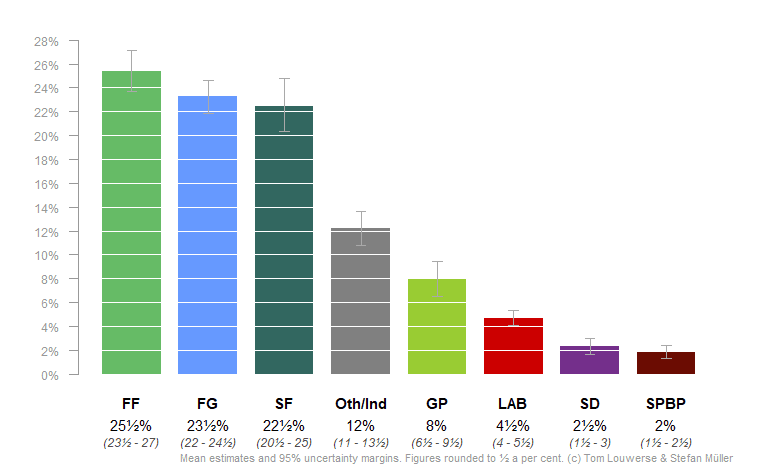 Two new polls were released on the weekend before the elections. The Times reported on the results of Panelbase, a polling institute which has not published any opinion polls on vote intentions in Ireland yet. The Sunday Business Post released an in-depth analysis of a Red C poll. Both polls indicate a continuing rise of Sinn Féin. The Red C poll sees Sinn Féin on a par with Fianna Fáil in first place with 24 per cent each. Panelbase estimates support for Sinn Féin at 21 per cent.

We have integrated these two surveys into the Irish Pooling Indicator. In our updated estimates, Fianna Fáil rank between 23.5 and 27 per cent. Fine Gael ranges between 22 and 24.5 per cent. Sinn Féin is on 20.5 to 25 per cent, a remarkably increase from the estimated 15 to 18.5 per cent which we reported two weeks ago.