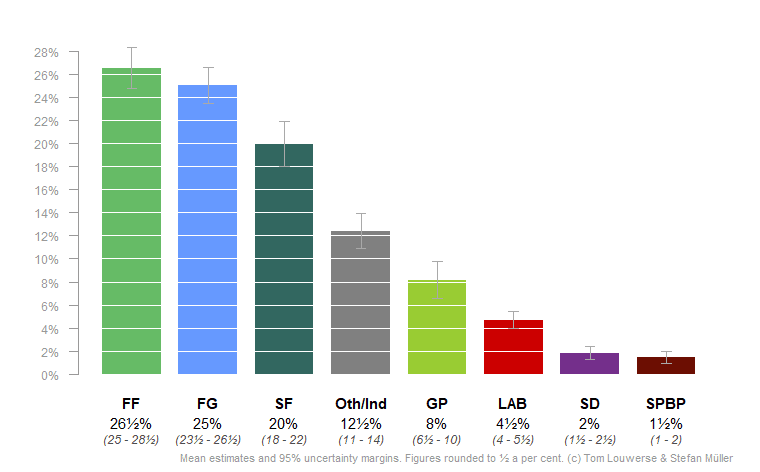 This update adds two polls released on Sunday, 26 January 2020. A Red C poll was published in the Sunday Business Post; the Irish Mail on Sunday reported on a poll conducted by Ireland Thinks. The Irish Polling Indicator mirrors the reports’ main conclusion: support for Fianna Fáil and Sinn Féin is rising. Overall, we see that Fianna Fáil (estimated support between 25 and 28.5 per cent) is narrowly ahead of Fine Gael (23.5 to 26.5 per cent), although the difference between the two parties is still within the uncertainty margin. Sinn Féin is doing well in the polls with the estimated support ranging between 18 and 22 per cent. The party has gained about 5 percentage points since mid October. We will update the Polling Indicator once new polls become available.