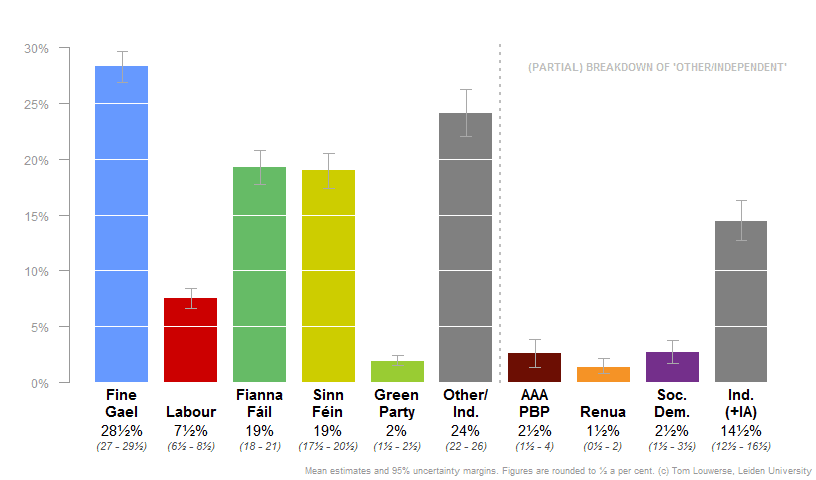 This update includes the new Red C poll for the Irish Sun. It becomes increasingly clear that Others and Independents are doing well over the last weeks and months, while Fine Gael support is clearly past its peak. Still, if we take into account the margins of error we cannot be entirely sure that Fine Gael support has dropped in the last few weeks. If more polls confirm the low estimate of 26% in the most recent Red C poll, we would be able to draw that conclusion.

Sinn Féin did well in the previous Red C poll (20%), but is now back to 17% again. It is entirely plausible that this was just random error in the data and that Sinn Féin support has remained essentially stable over the last week. As I indicated before: those kinds of movements in a single poll need to be confirmed by other polls before we can draw solid conclusions. You need to take margin of error into account.